The table below was taken from data provided by the Office for National Statistics and shows the number of jobs split between Manufacturing (including Construction) [Orange line] and Services [Blue line] between 1978 and 2019 taking each quarterly return.

Looking at services the biggest increases were Health and social care 2.3 million, IT and Management Services 1.3 million and Accommodation, food and beverage 1.2 million and education 1 million.

In 1914, textiles, coal, iron and steel, and shipbuilding employed almost a quarter of the total workforce. The comparative percentages for 1978 and 2019 are 14% and 2% respectively. The ‘new’ industries of motor vehicles, plastics and electrics rebuilt manufacturing jobs between the wars and, in the fifties and sixties, making up 11% of total jobs in 1978. They make up 3% in 2019.

If we go back further, David Canadine in his book, Victorious Century, offers again broadly comparable figures. Agriculture came first with just under 2 million, followed by 1million in domestic service. Next came cotton textile workers at half a million; whilst this number was equally split between men and women, men predominated in agriculture and women in domestic service. Next in number came building craftsmen, labourers and then a third of a million milliners, dressmakers and seamstresses, and 300,000 wool workers. There were 200,000 coalminers. Instead of listing the remainder, Canadine observes that there were more blacksmiths than iron workers and more working with horses on roads than with steam on railways. The total employed workforce in 1851 was 8.5 million (out of a total population of 27 million) compared to 31 million in 2019.

I look forward to getting access to hard copy of the Censuses to assess more clearly how employment patterns have changed.

These huge changes are, in a good part, why I am researching this whole area.

My research on the period up to the Festival of Britain in 1951 has been published in How Britain Shaped the Manufacturing World. The period post 1951 is the object of my work in progress.

I was asked to write this remarkable story by Story Terrace and the resulting book, written in conjunction with Phil Jeffs, was published in 2017 Jeffs father survived the crash of a Stirling bomber in Denmark and spent the rest of the war as a prisoner before enduring the long march home. The aircraft was […]

A review which made me tingle 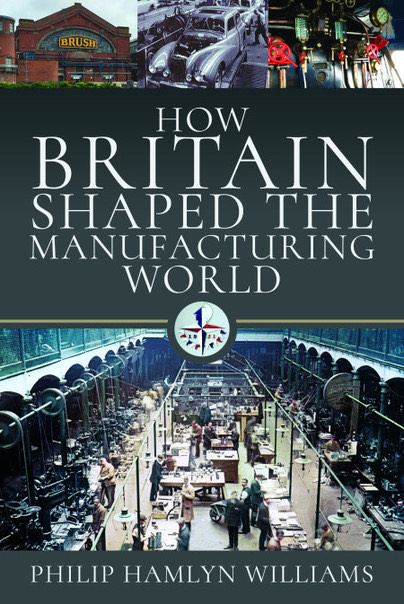 This review is by Coffee and Books and makes everything worthwhile. I wanted to read How Britain Shaped the Manufacturing World by Philip Hamlyn Williams because I studied economic history last year and I liked the subject a lot. On top of that the author’s great grandfather exhibited at the Great Exhibition of 1851. That […]

A review from Lincoln, the city that played such a big part in manufacturing 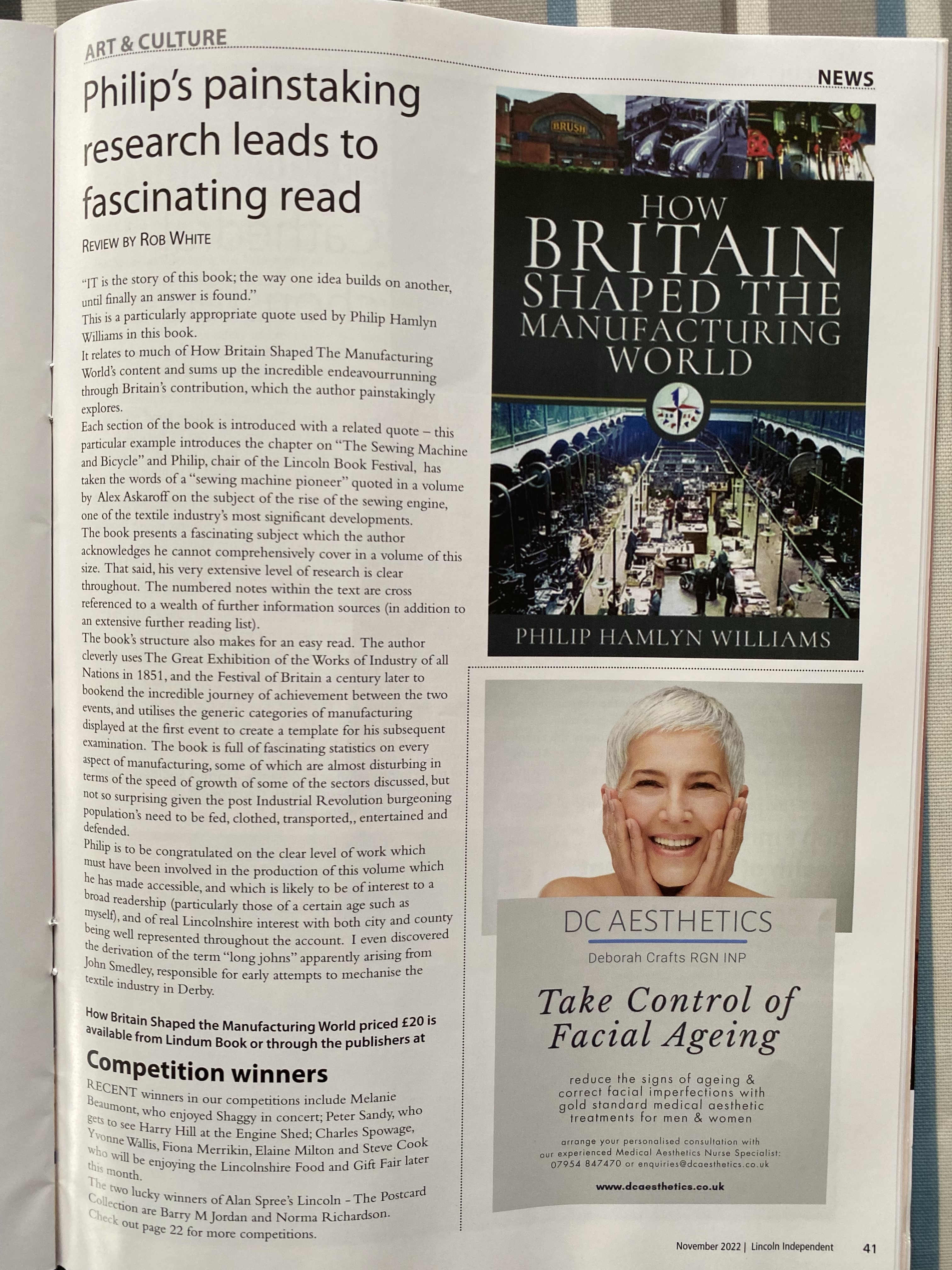 ‘Philip’s painstaking research leads to a fascinating read’ Thank you Rob White in the Lincoln Independent for a wonderfully affirming review of How Britain Shaped the Manufacturing World. I am really pleased you found the book an easy read, notwithstanding the extensive research. Pleased, too, you liked the quotes I used for each chapter. How […]

A review in the PwC former partners magazine

I am grateful for the support of my former firm. The members of this group of retired partners have been leaders of their profession, many acting for the British Manufacturing companies about which I write. The Great Exhibition of 1851 provided a prism through which I could view this astonishing story. It is interesting to […] 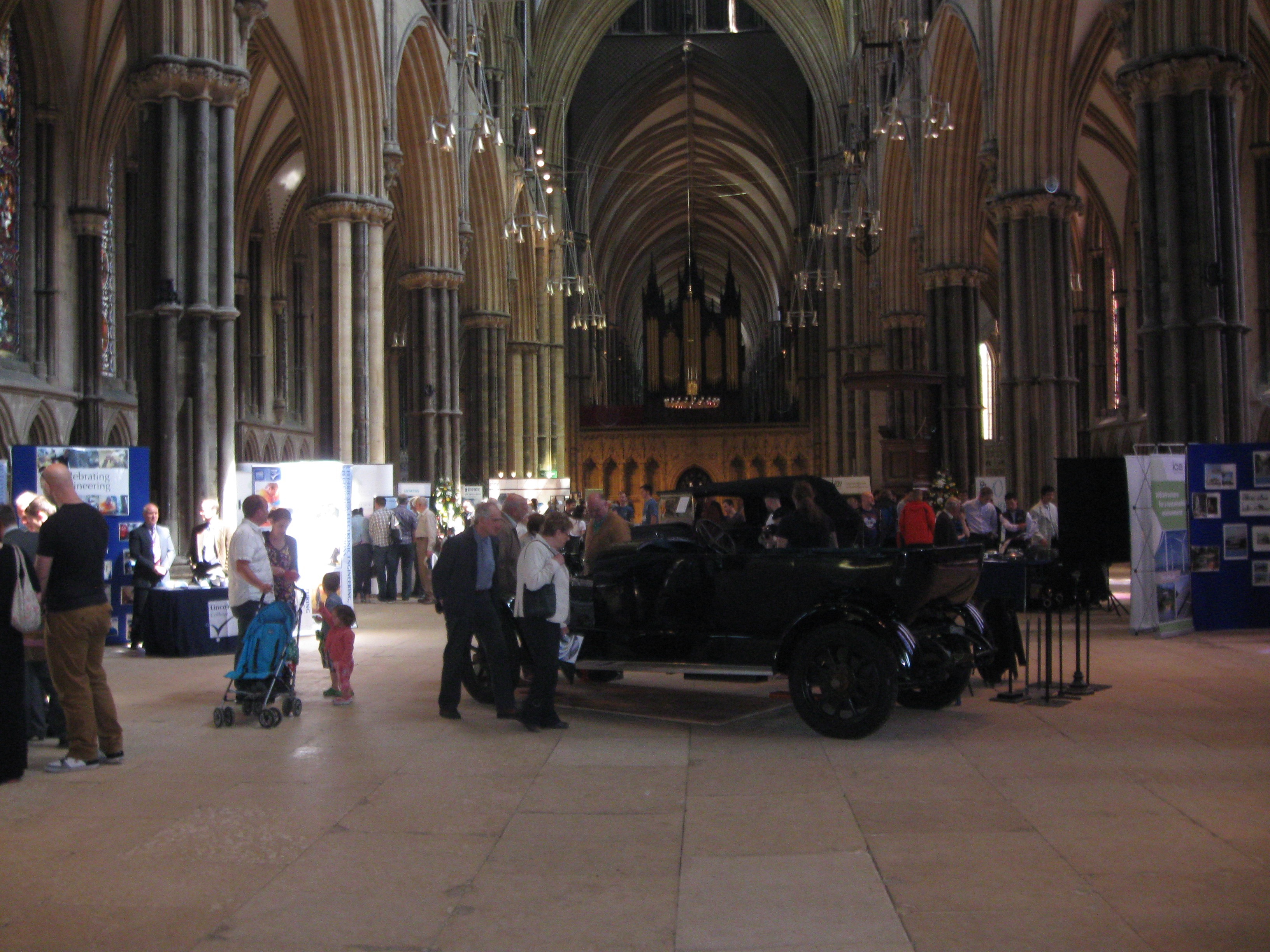 You can read the latest review by following the link Coffee and Books What a really fascinating book that looks at the manufacturing world from the 1850’s through to the 1950’s. Piggybacking on the industrial revolution that saw Britain expand and grow greatly, saw the expansion of the manufacturing industries such as Coal, Metals, Textiles, […]